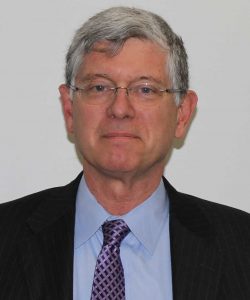 Dr. Ian Thompson Jr. is a renowned urologic oncologist and visionary whose work is transforming prostate cancer care. He is the President of the CHRISTUS Santa Rosa (CSR) Medical Center Hospital and Vice President of Oncology of the CSR Health’s System in San Antonio, TX. He has played a leadership role in several pre-eminent national committees and medical societies and is on the National Cancer Institute’s Board of Scientific Advisors. He is a retired US Army Colonel who served as a general surgeon in a Combat Support Hospital during Operation Desert Storm/Shield in Saudi Arabia and Iraq. Dr. Thompson is a prolific medical researcher and a leader in the field of cancer prevention. He led the Prostate Cancer Prevention Trial (PCPT), the most extensive prostate cancer prevention study ever done. Here, Dr. Thompson shares his insight on the PCPT, its origins, success and challenges.

What started the PCPT trial?

The genesis of the Prostate Cancer Prevention Trial (PCPT) [1] goes back to the 1980s. Back then there was a mass-roll out of Prostate Specific Antibody (PSA) screens and a spike in prostate cancer cases. There was a serious concern of tremendous overdiagnosis, overtreatment, and consequences thereof. People were very concerned about that. Concurrently, the Food and Drug Administration (FDA) approved Finasteride to treat male pattern baldness and use for prostate enlargement/benign prostate hyperplasia (BPH). There was an understanding that the drug could be a preventive agent for prostate cancer. It had been discovered that some groups of children, who were born with a form of intersex, and were genotypically male but phenotypically female until puberty, did not develop BPH or prostate cancer. These children had a genetic variant of 5-alpha-reductase, an enzyme that converts testosterone into dihydro-testosterone. The question was if Finasteride, the drug used for BPH and male baldness and a 5-alpha-reductase inhibitor, could be used to prevent prostate cancer. The Board of Scientific Advisors at the Division for Cancer Prevention and Control, as it was known at that time, recommended a study to examine whether Finasteride could prevent prostate cancer. The development of the trial is a very complex and long story. There were multiple iterations of potential designs and endpoints. It was decided that subjects would be exposed to the drug for 7 years, like the Breast Cancer Prevention Trial with Tamoxifen. The study included a biopsy at the end of the 7 years because of concerns we could not completely control for the effect of Finasteride on PSA, which is the prime driver of diagnosis of prostate cancer. That was probably the best aspect of the trial; ultimately, it not only helped us to understand the results but changed the practice of medicine. We observed a 25% reduction in relative risk of prostate cancer; however, high-grade tumors were more common with Finasteride. We did not know at the time that Finasteride improved the detection of PSA and high-grade disease; this is mainly because Finasteride improves the performance of prostate biopsy because the gland gets smaller. It took us another 5 years to figure that out [2]. In January 2019, we published the data to show that Finasteride did not cause an excess in prostate cancer mortality and that there was a non-statistically significant reduction in cancer mortality [3]. We are currently working on matching participants of the trial to the Medicare database and we are looking at what complications are associated with the treatment. This is the short story, and a 5 minutes description of 30 years’ work!

What are the challenges of doing a cancer prevention trial?

The PCPT was feasible because the leadership at the Division for Cancer Prevention and Control, as well as the pharmaceutical company, Merck, were very engaged in making this trial happen. This was with the full understanding that if the drug worked, it would probably be off-patent by the time it could be used for chemoprevention. Furthermore, even if it worked, there are going to be naysayers who focus on side effects. Certainly, we do know that Finasteride can cause some sexual type of adverse events in some folks. An entity called the Post-Finasteride Syndrome has been postulated but the extent is not known. We hope to address this in our ongoing research. Cancer prevention trials are challenging because you never know when you have been successful. This is the tragedy of cancer prevention; you can never choose a person you know you would be successful with. In contrast, if you have a cancer patient with an indolent tumor that was never to cause a problem, and treat this patient, and this patient has not died of the disease, it is common that those people claim that this doctor or system saved that person’s life. Conducting cancer prevention trials is very rewarding, but it has also been very challenging. Because of the way drugs are approved and because of the duration that is required for trials, chemoprevention is always going to be the poor stepson who will get little interest from pharmaceutical companies. Even if you found a variant that predisposes to prostate cancer and could be targeted by Finasteride, I doubt that anyone would investigate it now because Finasteride is a generic now, and the FDA registration process is expensive. And then, look at what is happening with other preventive agents that are sold over the counter. Let’s take, for example, the vitamin E story. At one point, 75% of men at high risk of prostate cancer were taking vitamin E. Subsequently in the SELECT study, we found that vitamin E increased the risk of prostate cancer by 17% [4]. If you check on an aging male population, you will find out that a lot of men are taking a lot of stuff that no one has any idea of what effect it has on cancer risk. So, cancer prevention is a quicksand field to be in.

What are the other outcomes/findings of the PCPT trial?

The most important finding is the significant reduction in cancer risk by Finasteride. Another important finding is that PSA is a remarkable and unparalleled marker for prostate cancer. PCPT enabled us to prove that. PSA has received a lot of bad press. It was originally thought that PSA was not elevated in high-grade disease. We now know that PSA is even a better marker for high-grade disease. We were subsequently able to show multi-variable layers of risk. You can layer on multiple markers to predict if prostate cancer is a high-risk disease. We were the first in the field to develop a patient-centric, understandable risk assessment tool for prostate cancer https://riskcalc.org/PCPTRC/. Kudos to Dr. Donna Ankerst, who was on the faculty at the Hutch and is now in Germany! She was the statistician who put all that together. Then, I really think the most interesting thing that came out of this was that we can now look at all the bias that comes up in terms of detection. Dr. Cathy Tangen’s paper in JCI shows how family history and other factors can impact detection [5]. If a man has cancer but the doctor or the patient decided to not perform a biopsy, even though cancer is present, he doesn’t have cancer, as there is no biopsy to prove it. Some variables may bias to have a biopsy and may therefore increase the risk of a cancer diagnosis. Systemic bias plays a major role in 1) biomarkers prediction risks and in 2) observations that are related to preventive agents. If people who have an exposure to preventive agents, such as aspirin, statins, exercise, etc., also have an inherent increased or decreased likelihood of having a biopsy, the exposure would be found to be associated with cancer risk. This conclusion may lead to actions on the part of the general public and may paradoxically place them at greater risk of disease. Let’s take aspirin, for example. In a study, aspirin was associated with a 25% risk reduction in prostate cancer. But when we controlled for men’s propensity to actually have a biopsy, we found that there was no protective effect of aspirin on prostate cancer [6]. All of these observations have nothing at all to do with Finasteride and cancer prevention but it shows how the investment in cancer prevention can advance medicine. You have to do so much planning for cancer prevention trials to account for biases in measuring your endpoints that the ability to understand the data may be better than with other trials, or observational studies, and so you can understand more about cancer biology.

What would you say to physicians who want to go into cancer prevention?

Start young because the read-out comes many years or decades later! But from a professional standpoint, cancer prevention has been unequivocally the most interesting experience I had. The impact we had on humanity has been tremendous. But be prepared for people taking shots at you, you will certainly have this experience. The other thing to think about from a professional standpoint is that people who work on cancer prevention are some of the most thoughtful people I know, as well as people who are most interested in humanity. If you look at the way the healthcare system is set up in the US, it is mostly fee-for-service; providers are paid to do things: see patients, do tests, do procedures. By definition, individuals who are working in a field that is trying to put them out of business, generally have their heart in a good place. You will find no sweeter, nicer, more committed people than in the field of cancer prevention.

What does the future of cancer prevention hold?

The time for large-scale prevention trials is largely over. That being said, all of us have witnessed firsthand what happens when population science is not properly overseen. COVID-19 has made us realized the importance of population science and the need for investing in prevention. We are living that now and our children, grandchildren and great-grandchildren are being placed at risk if we do not pay proper attention to it. So, if there was a time to invest in cancer prevention in a thoughtful way, maybe better ways of designing trials, using new biomarkers, identifying at-risk populations, the time is now. Unfortunately, the trials are not small and rarely can be accomplished quickly. With telemedicine and tracking people long-term at distance with surrogate measures, we may better understand how to reduce the impact of cancer on our patients. I have never met a person saying they would prefer to get a cancer and be treated and cured than to do something to prevent it in the first place. When we opened the PCPT, the volume of telephone calls received by the Cancer Information Service had never received so many calls in one day. The American public is interested in cancer prevention. The public is pitching the ball at us; we need to be prepared to catch it!