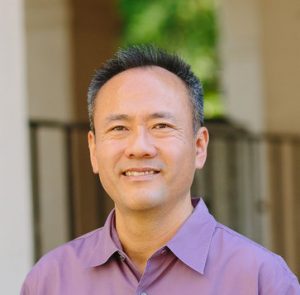 r. Peter P. Lee is Chair of the Department of Immuno-Oncology and co-leader of the Cancer Immunotherapeutics Program at the City of Hope Comprehensive Cancer Center in Duarte, CA. He is the recipient of the 2019, Award for Innovation in Collaboration, Stand Up To Cancer. In this interview, Dr. Lee discusses his experiences in the field of cancer immunology and what led him to investigate if an anti-parasitic drug could prevent cancer, a project funded by CPI.

What inspired you to become a physician-scientist?

I have been interested in medicine since college. Although I consistently worked in research laboratories, my desire was always to help patients, so I went to medical school to become an MD. During my general clinical training and hematology/oncology fellowship, I cared for many cancer patients but often was unable to help them. This made me realize that our knowledge on how to treat cancer was limited. The oncology community needed to do more and I decided to be part of the solution. I subsequently became more and more involved in research, and fell in love with translational research, the place between discovery research and clinical drug development. I became interested in understanding why the immune system – the body’s defense system – does not fully protect against cancer and how to fix that. This is how, over the years, my focus shifted to research.

You have led a number of innovative research programs and founded a company. Among all of these, what do you consider as your biggest accomplishment?

Science progresses by little steps and I have made quite a few little steps. One of the biggest paradigm shifts was the notion that the immune system matters in cancer at all. I have been involved in cancer immunology and immunotherapy for 25 years. I started in the mid-90s and at that time, the oncology field was focused on cancer cells. Few people believed that the immune system had anything to do with cancer. I wanted to challenge that notion and asked, “What if the immune system is trying to defend the body against cancer but its action is ineffective or turned off by the cancer cells?” To answer this question, I looked at a number of melanoma patients’ samples. I found that many patients had an anti-tumor immune response but immune cells were turned off and therefore could not defend the body against the cancer [1]. This observation helped to change the way we viewed cancer and the immune system and is perhaps one of my most significant accomplishments. It was pretty lonely back then, people thought I was crazy and wasting my time. In a game, there is an offense (cancer cells) and a defense (immune system). If you could understand the defense better and find ways to enhance the defense, you can perhaps win the game. This is what my research is about.

The project funded by CPI is about repurposing an anti-parasitic drug for breast cancer prevention. How did you get the idea for this study and why do you think Ivermectin is a good candidate for cancer prevention?

Over the last 5-6 years, it became clear that cells could die in different ways. Most of the time, cells die through apoptosis (programmed cell death). This cell death mechanism does not alert the immune system, and sometimes it even blocks it. Cell death occurs frequently in the body and you do not want the immune system to react every time a cell dies naturally. Cells can also die in a way that triggers an immune response and it is called immunogenic cell death. Several years ago, we realized that if we could induce immunogenic death of cancer cells and, at the same time, give an immune-based treatment, we could have an effective combination cancer therapy. Therefore we looked for an agent to induce immunogenic cell death. The National Cancer Institute has a database with information on the effect of drugs on cancer cell lines. We used a computational approach to find drugs that induced markers of immunogenic cell death as reported in this database. One of the hits was a drug called Ivermectin. I did not know much about this drug at the time. I found that Ivermectin had been around for 40+ years and used by millions of people to treat parasitic infections. I thought Ivermectin must be safe for people and proposed to test if it could be used for cancer. We started to test if Ivermectin induced immunogenic cell death in experimental cancer models in the laboratory. We found that cancer cells do not form tumors in animals that have already been exposed to Ivermectin-treated cancer cells. This finding demonstrated that Ivermectin has in vivo vaccination effect. Next we tested if Ivermectin synergized with an immune-based treatment such as anti-PD1. The combination of Ivermectin and anti-PD1 drugs showed good activity. We also used Ivermectin alone as a control and found that Ivermectin was actually triggering an immune response as shown by the presence of immune cells in the tumor. However Ivermectin by itself was insufficient to stop the growth of existing tumors. We were not surprised because an established tumor has already put in place mechanisms to block the immune response. (There are also other reasons why Ivermectin alone may not work in established cancers). However I thought, what if we give Ivermectin in a preventive setting before tumors are fully developed? Could we induce enough immunogenic death of growing cancer cells to auto-vaccinate people against the cancer? That is the hypothesis I wanted to test. I was fortunate and thankful to CPI for funding this research. We knew we had limited time and resources so we had to go with a spontaneous cancer model that gives tumors within weeks to months. This is not ideal because in humans, tumors can take many years to develop, but this cancer model was helpful to determine if the idea is worth pursuing. We found that Ivermectin had a significant effect in delaying cancer development. This is a promising start. Because Ivermectin is already an inexpensive, safe drug, it could be a very practical way to prevent cancer, even in emerging countries.

Where do you see the field of immunoprevention going in the future?

I have been involved in the field of immunoprevention for more than 10 years. I had the opportunity to work with the National Breast Cancer Coalition on their Artemis project. Their goal is to create a prophylactic vaccine for breast cancer. I was fortunate to be part of this effort for many of the early years and it brought together the world’s top experts in immune-based prevention and vaccine. The challenge with a vaccine against cancer is that unless there is a pathogen like the Human Papilloma Virus causing cervical cancer or the bacteria Helicobacter pilori causing stomach cancer, you are dealing with vaccinating against self or altered self so autoimmunity is a potential concern. The field is very interested in looking at mutations and how they lead to neo-antigens and use the neo-antigens to make vaccines. These are promising ideas but it is still challenging to create vaccines for cancer prevention (other than for pathogen-driven cancers). That is why I have been investigating alternative strategies like Ivermectin to auto-vaccinate patients.